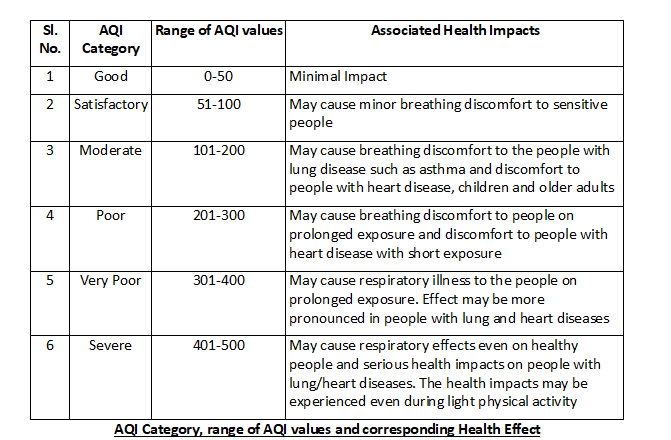 Software of Air Quality Index calculation of Central Pollution Control Board, Ministry of Environment and Forest, Govt. of India is utilized to express Ambient Air Quality of the Kolkata Municipal Corporation (KMC) area of Kolkata, India in terms of Air Quality Index (AQI) during the period of 2008 to 2009. Monthly 24 h average concentration of ambient air pollutants of PM10, NO2 and SO2 monitored by different stations of West Bengal Pollution Control Board, are used in this study. During the periods of April to October and November to March of 2008 to 2009, the AQI values are determined by NO2 and PM10 respectively. Also, PM10 and NO2 values did not attain India’s National Ambient Air Quality Standard of 2009 in the period of November to March of 2008-2009. Health impact of the residents of the KMC area in 2008-2009 is assessed from the evaluated AQI data