A novel n-type hybrid composite with a large Seebeck coefficient around room temperature based on poly(3,4-ethylene dioxydiophene) and titanium disulfide 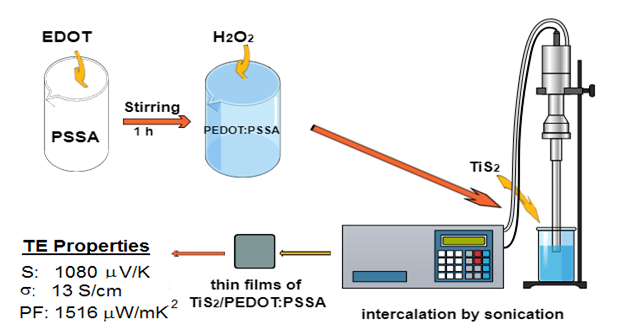